The Wisconsin Black Student Union at the University of Wisconsin Madison has been allocated $4,600 by the student government to produce a documentary about the Abraham Lincoln statue that sits on campus.

A long-standing fixture at the university, the Lincoln statue has been fraught with controversy since the mid-2010s as student activists have claimed it to be a monument to racism and have repeatedly attempted to have it removed.

The documentary is described as part of an activism campaign by the Black Student Union.

“After the tragic events of this summer and the subsequent rise of the Black Lives Matter movement, we realized that none of our current programming is centered around amplifying Black student voices through activism. Now more than ever, this platform is needed, and we would like to provide this platform for future years with this campaign,” states the union’s activism funding request.

The Student Services Finance Committee is the branch of the student government that allocates money collected through required fees paid by all students as part of their yearly tuition.

The committee voted Nov. 11 to approve WBSU’s overall 2022-23 budget request. It included $2,300 for anticipated documentary expenses, mirroring an allocation made for the film in the current 2021-22 fiscal budget.

The Wisconsin Black Student Union’s overall budget approval was for $24,696 for the 2022-23 school year, the same amount as the current fiscal year.

The funds will pay for the organization’s six employees as well as a number of campus events such as Melanin Fest and Ebony Ball. 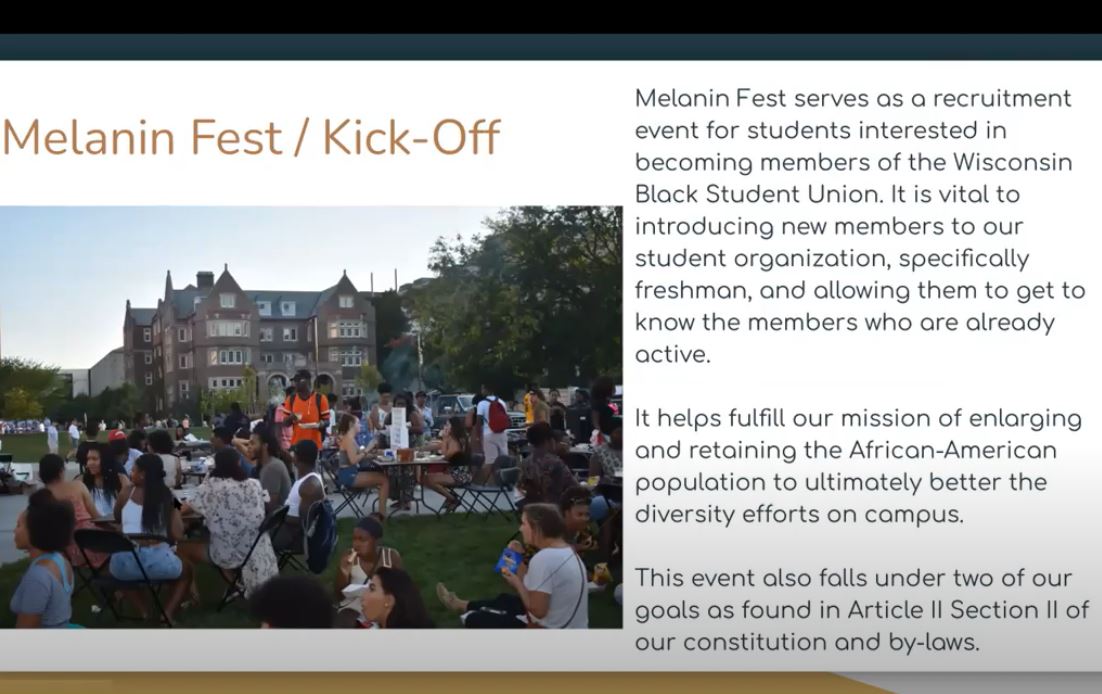 The documentary costs for this year and the coming one are broken down as $1,000 for “food/beverage,” $200 for “space rental,” and $1,100 for the creation of the documentary. For the current and future fiscal year, that totals $4,600. 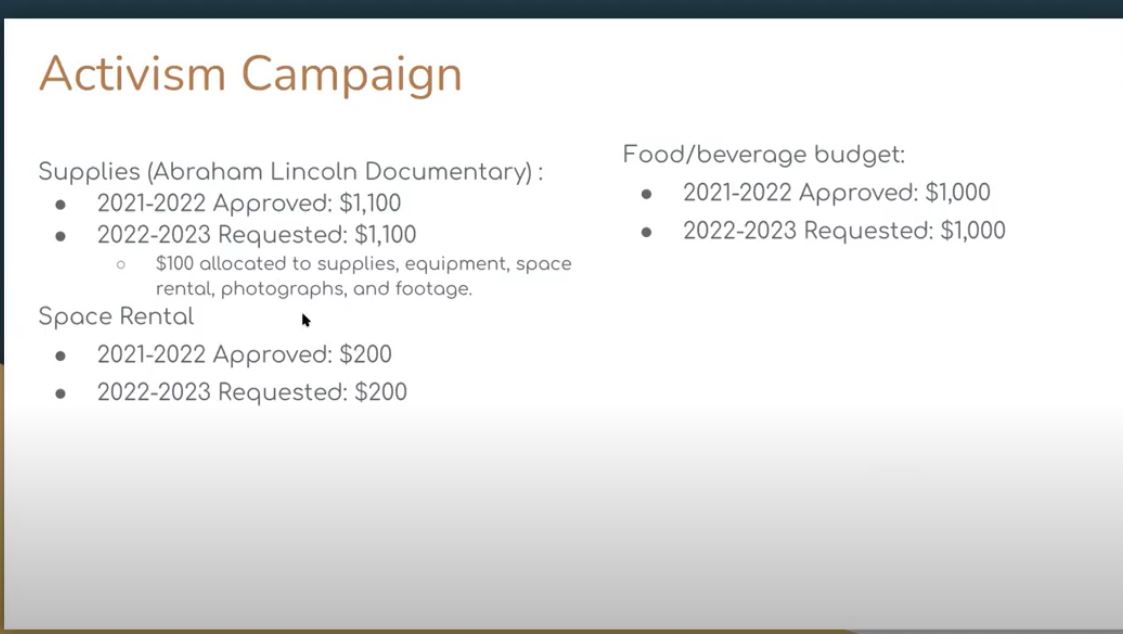 During the meeting requesting the funds on Nov. 8, BSU President Robin Robinson said the money will help to secure a “filmmaker,” calling the film a compilation from “students, student experiences, and it’s centered around the Abraham Lincoln statue.”

She said they are “gathering historical information.”

BSU Treasurer Terjuan Short said during the meeting some of the money helps pay for the purchase of filming equipment, signage and refreshments. 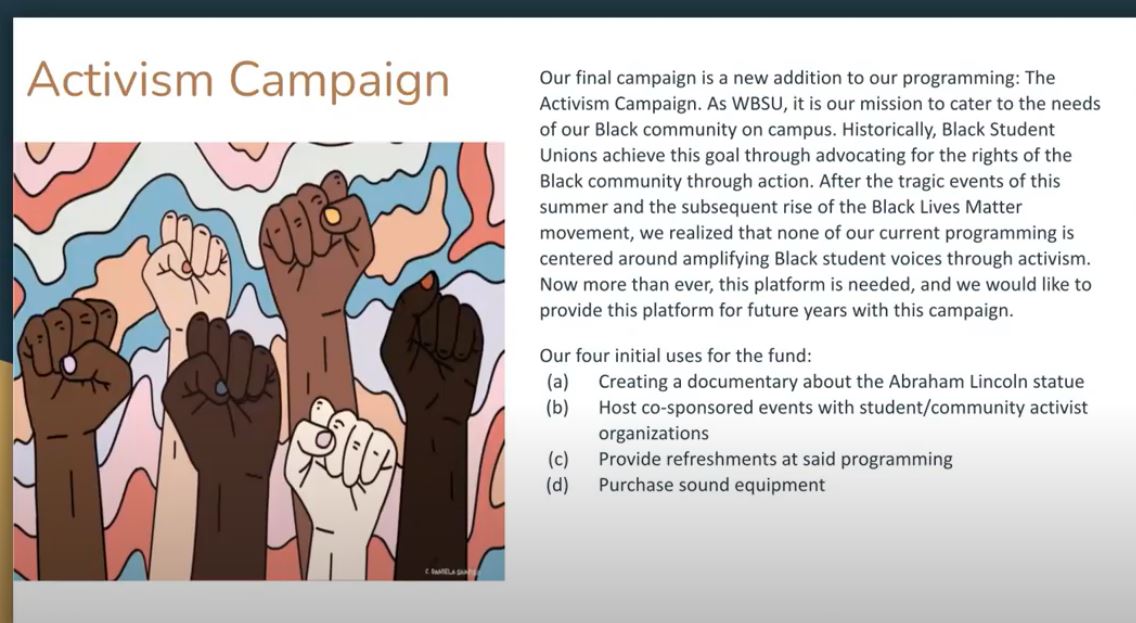 In 2015, a student-led Black Lives Matter protest called for Lincoln’s removal. A year later, in 2016, the statue was draped in a black tarp during another protest.

In 2017, UW students called for a plaque to be placed near the Lincoln statue denoting the president’s involvement in condemning 350 Native Americans to death.

A petition advanced last summer by BIPOC student activists titled “Remove and replace ‘The Lincoln Statue’ from Bascom Hill” argued those who funded the statue are racist.

The UW-Madison student government also approved a resolution in the fall of 2020 supporting the removal of the statue, arguing it serves as a remnant “of this school’s history of white supremacy.”

The student government vote came on the heels of a protest in September, during which students marched across campus wearing all black, bringing attention to unmet BIPOC demands for the school.

The top demand: “Remove the Abraham Lincoln monument located at the top of Bascom Hill and replace it with someone who stands for the justice of all people.”

In an email to The College Fix last week, campus spokesperson Meredith McGlone said university administration is not connected to the documentary project.

“This project is conducted independently by a student organization. All student organizations may apply for funding to support their activities; funding decisions are made in a viewpoint-neutral manner as required by UW System policy,” McGlone said via email.