There has been no improvement in the UW-Madison campus climate over the last six years despite the public university pouring millions of dollars into programs and staff positions to support diversity, equity and inclusion.

“Students of color, students with disabilities, nonbinary students, transgender students, and other LGBTQ+ students responded less positively than their counterparts” when rating whether they feel welcome, safe and respected, according to the results of a recently released campus climate survey.

“The gap in reported perceptions between these students and other students did not change between 2016 and 2021,” the survey found.

Outgoing Chancellor Rebecca Blank said the survey results were disappointing and she hopes her replacement can do a better job on diversity.

“It’s clear that there do remain gaps between more marginalized groups and their degree of satisfaction and their sense of belonging and comfort on this campus,” Blank said during her final press conference on campus May 11.

When asked by The College Fix via a virtual press conference Tuesday how she plans to improve diversity beyond what Blank had achieved, incoming Chancellor Jennifer Mnookin said she will spend time on campus before deciding how her approach might differ from Blank’s.

“That’s definitely [an issue] where I will need to get to campus and learn a lot more,” Mnookin said. She noted during the interview that scholarship programs to make education more accessible and affordable for all students were at the top of her list. 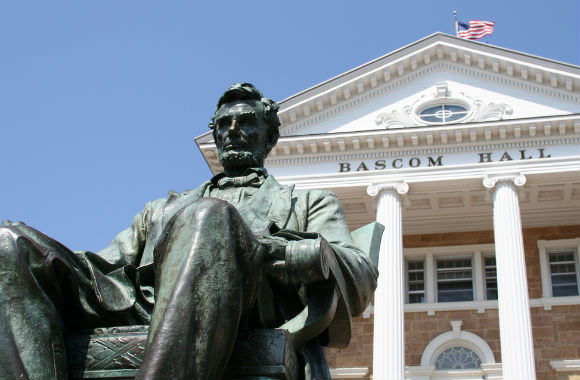 Mnookin also declined to weigh in on another lightning rod of racial tension on campus — its famous statue of Abraham Lincoln, displayed prominently on the quad. For the last six years student activists have clamored for it to be removed, claiming Lincoln was racist.

“I certainly would need to learn more about the issue before I could say anything substantive,” Mnookin said before moderators closed the press conference to further questions.

Publicly, Blank has lamented her “white privilege” as she has worked to shepherd the campus on anti-racism.

“As someone who has benefitted from White privilege, my first action must be to listen with humility and empathy – to faculty and staff, to students, and to others who love UW and also recognize its shortcomings,” Blank wrote in a July 2020 statement.

Privately, however, she has voiced some frustration over racial tensions on campus, according to emails obtained by The College Fix last year through a public records act request.

The College Fix has filed a public records request to determine how much the state’s flagship university has spent toward diversity improvement since 2016, including faculty, scholarships and grants, speakers, events and recruitment.

Its media affairs office said it is unable to provide a specific dollar amount at this time.

But an estimate places such expenses at millions of dollars over the last half-dozen years as the university worked to improve diversity, equity and inclusion on campus.

Over the last six years, the university hosted a number of diversity improvement projects and events. Most recently, it completed construction of a $510,000 Divine Nine Garden Plaza, a space which commemorates historically Black Greek life on campus, paid in part through donations.

The school’s Black Student Union also has an approved budget of nearly $25,000 for the coming school year.

Earlier this year, the school paid speaker Nikole Hannah-Jones $55,000 for a Martin Luther King Day address, during which the “1619 Project” creator criticized conservatives. 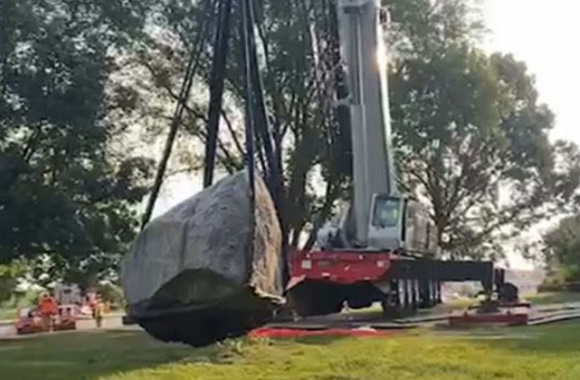 In August 2021, the university spent an estimated $50,000 to relocate a boulder on campus that some students labeled racist because it was referred to as a racial slur once by a local reporter in the 1920s. That specific expense was shouldered by private donations, campus leaders said.

Also that month, UW-Madison hosted a “Welcome BBQ” intended only for students of color. The barbeque was one of many DEI events held during the fall 2021 semester, such as a presentation on “Understanding And Minimizing The Role Of Implicit Bias In Microaggressions,” and a university-sponsored march to support “Latinx culture.”

Moreover, during the fall 2021 semester the university also hired nine new mental health providers, three of whom “will exclusively serve students of color, joining eight providers already in this role,” officials said at the time.

In 2020, the university hosted “White Fragility” author Robin DiAngelo, who said during her talk that white students’ opinions on race are likely “uninformed and superficial.” DiAngelo was paid $12,750 for her three-hour address, which included her talk and a Q&A, The College Fix reported at the time. 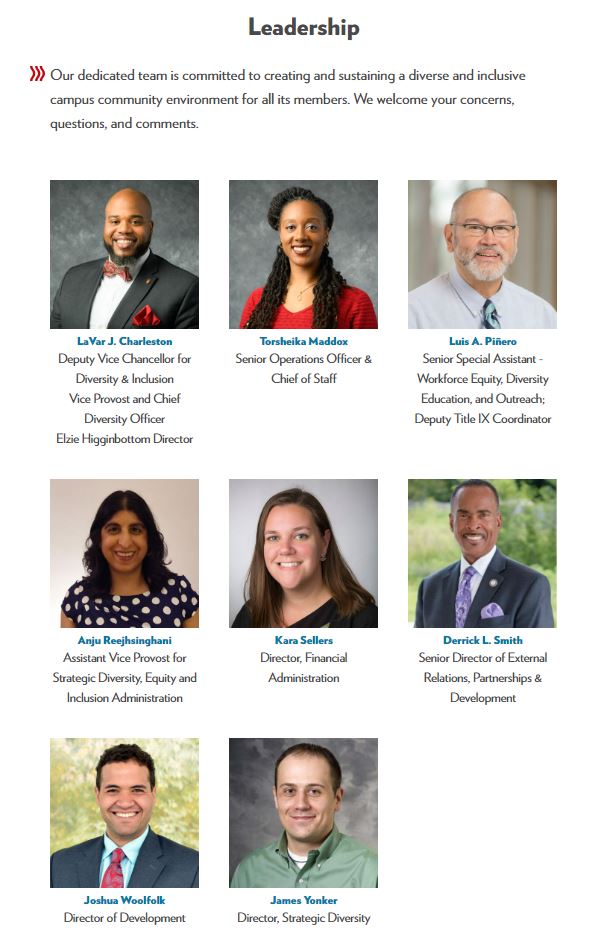 Also that year, the university’s athletics department paid to have alterations made to athletic uniforms to make the school’s campus crest feature a black “W” instead of the traditional white one as a “sign of solidarity” with black and other underrepresented communities.

In 2017, the university offered free menstrual products in several of campus bathrooms — including some men’s restrooms.

The university maintains a hate and bias reporting system on which students can report to campus officials microaggressions, degrading language, vandalism, harassment and other incidents. “The site began taking reports at the school in 2016, at a cost of $60,000 per year,” the Dispatch reported.

The public university also facilitates diversity trainings for various academic departments. For example, the staff of the College of Agriculture and Life Sciences is required to undergo annual professional development in anti-racism training.

Public records show their base salaries total roughly three-quarters of a million dollars each year, and that does not include their fringe benefits, such as health insurance or other perks. Additionally, a keyword search in the UW-Madison public salary database for “diversity” and “equity” turned up dozens of results.