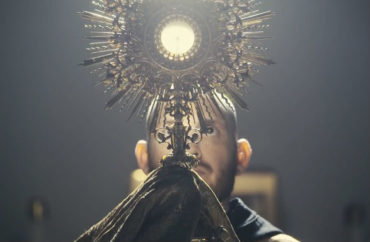 All I want as a Christmas gift is for Catholic universities to actually be Catholic and not give in to secularism.

I have a house, a wife and kids. I really do not need any fancy presents. But I do need authentically Catholic universities and not those that embrace abortion, the LGBT agenda and leftism. This year was no better than years past when it comes to Catholic universities breaking with the faith to instead promote a secular agenda.

While I sometimes joke that liberal Catholic universities like DePaul University in Chicago provide job security here, it is a serious issue when hundreds of thousands of students go through these colleges that do not promote the Catholic faith. I am sure my Protestant brothers and sisters have the same concerns about some of their schools.

The priests that will marry my children, baptize my grandkids and be at my bedside when I die have to come from somewhere. But will they come in significant numbers from Loyola University Chicago, DePaul University or Saint Louis University?

There are a handful of Catholic universities that regularly produce priests and other religious vocations. The College Fix profiled Thomas Aquinas College this year, but the small school of 500 cannot carry the entire burdens for all American Catholics.

Franciscan University of Steubenville is one of the few Catholic universities I would pay for one of my kids to attend, but 30, 40 or 50 more of them are needed to produce the religious vocations needed for the Catholic Church.

The Jesuit universities often have a focus on service to the poor or other people living on the margins of society. That does not need to go away if Loyola University or Saint Louis University stops hosting drag shows. In fact, not encouraging people’s disordered desires is a form of service itself.

What do Catholic universities have to lose if they teach the truths about gender, sexuality and marriage? Some students might leave. Some donors may pull money. Or families would flock to these universities to ensure their children received a proper education. More people might donate.

Even if a university lost some money or students, operations could be scaled back. A smaller budget and university is worth it to have a clear conscience about what is being taught.

2023 should be the year that Catholic universities renew their original commitment to be Catholic. That is a present that can be cherished forever.

MORE: The solution to campus leftism might be fortresses, not islands