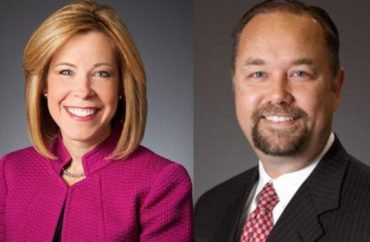 ANALYSIS: One Christian legal nonprofit has led the charge in beating back restrictive campus speech policies

If 2023 is anything like the last two years, colleges should expect to pay up to Alliance Defending Freedom for free speech violations.

ADF, a Christian legal nonprofit, has won $1,668,200 in settlements for college free speech lawsuits from January 1, 2021 through December 31, 2022. The legal group also won at least seven policy changes as part of its lawsuits, ensuring future students and groups on those campuses do not face similar problems. One of those victories was even at the Supreme Court of the United States.

Nine of the eleven lawsuits resulted in monetary payments from the universities.

“We are grateful that we have been able to achieve victories for many brave clients who are willing to take a stand for the free speech rights of all students,” Tyson Langhofer, ADF’s senior counsel and academic freedom center director told The Fix via email. “However, we are disappointed that there are still so many public universities that consistently violate, rather than protect, the First Amendment rights of their students.”

“Universities should be a marketplace of ideas. Instead they have become an assembly line for one type of thought,” Langhofer (pictured, next to CEO Kristen Waggoner) said. “That is contrary to both the First Amendment and the purpose of the university.”

Listed below are the 11 incidents where conservative students and professors have been punished by universities for expressing their First Amendment right over the past two years.

Filed April 2022, settled December 2022: Christian law students and a professor sued the University of Idaho after the university served them with no-contact orders for expressing their support of Biblical marriage between a man and woman. The lawsuit was settled with the university for $90,000 after the court issued a preliminary injunction against the university.

Filed October 2021, settled December 2022: Students in Ratio Christi sued the University of Nebraska for denying the student group of funding for a speaker event. The university revised its funding policy for student organizations. The lawsuit was settled with the university for $25,000 after the court ruled that the case can continue.

Filed April 2020, settled September 2022: A professor sued the University of North Texas after the university fired the professor for mocking microaggressions in the classroom. The lawsuit was settled with the university for $165,000 after the court ruled that the case can continue.

Filed December 2016, settled June 2022: A Christian student sued Georgia Gwinnett College after the school prevented him from evangelizing on campus. The university changed its free speech policy in hopes of avoiding litigation. The lawsuit was settled for $800,000 after a favorable ruling of 8-1 by the Supreme Court.

Filed February 2019, settled April 2022: A Christian professor sued Shawnee State University after the university punished the professor for refusing to use female pronouns for a gender dysphoric male student. The lawsuit was settled for $400,000 after a favorable ruling by the U.S. Court of Appeals for the 6th Circuit. Professor Nicholas Meriwether, as a result, can never be forced to use someone’s pronouns that do not correspond to their actual sex.

Filed October 2021, settled February 2022: At University of Houston-Clear Lake, Christian students sued the school revoking Ratio Christi’s registered student organization status due to its morality requirement among members. The university changed its policy to allow all campus groups to maintain their own values and mission. The lawsuit was settled with the university for $26,200.

Filed August 2020, settled May 2021: A Catholic student sued Florida State University after the student government removed him for criticizing Black Lives Matter and transgenderism, in alignment with his religious beliefs. The lawsuit was settled with the university for $95,000 after the court ruled against FSU.

Filed May 2020, settled January 2021: Pro-life students sued Chemeketa Community College for reinstating a policy that requires two weeks’ notice to use the university’s small free speech zones. The university changed this policy after the lawsuit was filed, in hopes of avoiding litigation. The lawsuit was settled with the university for $25,000.

Filed March 2021, ongoing: In March 2021, Christian colleges sued the U.S. Department of Education after an LGBT group sued to remove First Amendment protections for religious universities. ADF’s motion to intervene in the LGBT group’s lawsuit was granted in April 2021.

Filed May 2021, ongoing: Students in Young Americans for Liberty chapter sued the University of Alabama for a policy that limited free speech to small zones on campus and requires a permit three days in advance. The state supreme court allowed the lawsuit to continue in December 2022.

MORE: ADF staffers once fought for rights as students, now help others