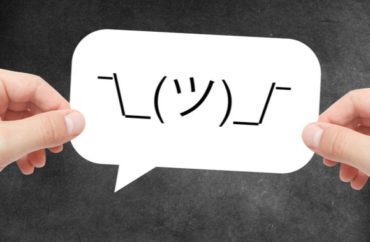 ‘Even a group that holds a debate‘ would risk its funding

It may surprise you that a state legislature would seek to force taxpayer-funded universities to violate their First Amendment obligations.

If it does, clearly you haven’t been reading The College Fix for that long.

What in the world is “hate speech”? The bill doesn’t say, and there’s a reason why: It can’t be defined. It’s wholly subjective.

The bill, which was introduced Jan. 31 and is currently in committee, applies the same conditions to “discrimination, intolerance” and “boycotts against a person, group or allied nation.” Now it makes more sense:

PURPOSE OR GENERAL IDEA OF BILL:

This bill would prohibit student organizations that participate in hate-speech, including advocating for the Boycott, Divestment and Sanctions (BDS) of Israel and American allied nations from receiving public funding.

So it’s a vehicle to prevent student activity fees from going to anti-Israel groups such as Students for Justice in Palestine and just happens to swallow up any other subjectively controversial group as well.

The Foundation for Individual Rights in Education notes that the same “wildly unconstitutional” bill has been repeatedly introduced in recent years, with the Senate approving the legislation at least three years in a row. Its failure to pass the Assembly is largely due to legislative sessions ending, not principled opposition to unconstitutional legislation.

The five-year effort is a bipartisan affair, featuring “blacklist” language from Gov. Andrew Cuomo and drawing broad support each session from Republican and Democratic senators. The two most recent versions were introduced by Republican Robert Ortt. (Bipartisanship is generally most popular on the worst ideas.)

The bill “justification” laughably claims it would not “abridge any element of free speech,” but simply prevent New York “from being dragged into a discriminatory agenda” by student groups with values “antithetical to our state, its
constitution and its citizens.”

In other words: Young Americans for Freedom alongside Students for Justice in Palestine.

FIRE schools lawmakers on clear constitutional case law all the way up to 2017, when the Supreme Court reaffirmed in a lawsuit by an Asian-American musician that “hate speech” is not a thing:

Distribution of student fees must be viewpoint-neutral. Expressing support for or encouraging others to engage in boycotts is protected by the First Amendment, and restricting funding to student groups that support such boycotts is viewpoint-discriminatory. …

The New York proposal implicates pure speech, reaching any group that “indirectly promotes” or “encourages” boycotts or “hate speech.” Thus, even a group that holds a debate between a BDS proponent and opponent would risk losing funding.

MORE: University derecognizes YAF then claims it never did

The bill section on which nations can’t be boycotted – some named explicitly and others who are implied through treaties – is particularly convoluted:

This map assumes that any state that signed the Southeast Asia Collective Defense Treaty of 1954 qualifies as an ally, even though most of its participants abandoned the project in the early 1970s. It also assumes that states that were signatories of the Rio Treaty of 1947, but later withdrew, are not considered “signatories,” and that Cuba, which the United States has said remains a party, continues to be a signatory, even though its participation was suspended in 1962. (The New York bill specifically excludes Venezuela, even though it was a signatory to the treaty.)

Students for Justice in Palestine chapters have a knack for drawing complaints based on their conduct, such as trying to break into a pro-Israel event and blocking exit paths for student attendees trying to escape the mob.

They also have a habit of endorsing violence, which could constitute discriminatory harassment or a true threat when paired with action toward their foes, such as Zionist students.

Yet New York lawmakers, left and right, would rather burn down the Constitution than simply encourage students and campus officials to use the tools already at their disposal to punish and dissuade threatening conduct.

Read the bill and FIRE’s analysis.