Two years ago, a federal judge refused to dismiss an anti-male bias lawsuit against Drake University for a Title IX proceeding.

It was the first time since the Obama administration’s “Dear Colleague” letter on campus sexual assault that a university lost a motion for summary judgment on a Title IX claim, according to Brooklyn College Prof. KC Johnson, who chronicles Title IX litigation.

But Thomas Rossley’s legal fortunes soon turned, and the 8th U.S. Circuit Court of Appeals upheld the dismissal of the expelled student’s claims in a ruling Thursday.

Rossley failed to show that the private Iowa university discriminated against him by sex based on its decisions in his Title IX proceeding, including its refusal to investigate his claim that he was the victim in the disputed sexual encounter, the three-judge panel said.

It’s also not evident that the university failed to accommodate Rossley’s learning disability in the proceeding, as he claimed, because neither he nor his representative “explicitly requested” accommodations, according to the 8th Circuit. 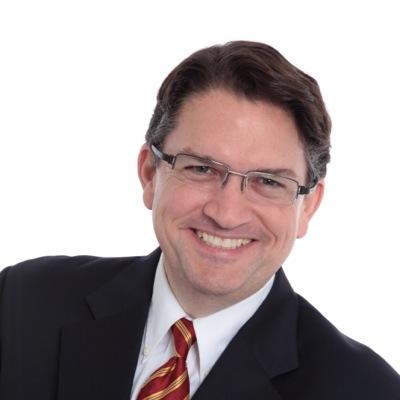 The case has an unusual history aside from Rossley invoking the Americans with Disabilities Act. His father Tom (left) was a trustee of the university when he was accused, and filed his own lawsuit under the novel theory of “Title IX retaliation” when Drake fired him for repeatedly calling his son’s proceeding a sham. The senior Rossley lost that battle.

The appeals court faulted the junior Rossley for not taking actions that could have strengthened his case. He didn’t bring a “personal representative” to his first meeting with investigators because “he had not finished reading the email” that told him he could.

Crucially, he also turned down an opportunity to file formal allegations against “Jane Doe” for allegedly performing oral sex on him when he couldn’t consent.

Drake and Rossley had already “stipulated to the dismissal” of two claims against the university – Title IX “selective enforcement” and breach of contract – “without prejudice,” meaning he could bring those claims again. As a condition of 8th Circuit review, however, his counsel confirmed he would drop those claims with prejudice.

Johnson, who chronicles Title IX litigation, said the ruling was not surprising given the tone of oral argument but questioned its citation of two rulings seemingly at odds with each other.

Not allowed to provide evidence of ‘her capacity to consent’

Rossley’s campus proceeding largely turned on how much he and Jane each drank, and who was more in control of their faculties, during their disputed evening together.

He claimed to have “blacked out” during the period when Jane claimed he sexually assaulted her – a known side effect of drinking after taking his “prescribed ADHD/dyslexia medication” earlier in the day.

But his representative during the proceeding first characterized both parties as “blackout drunk.” Only later did the representative say “we can know” that Jane was “not incapacitated,” which would make her culpable for performing oral sex on him.

As a result of this flip-flop, hearing officer Jerry Foxhoven himself flip-flopped. He reversed his earlier approval of Rossley submitting evidence that Jane had performed “oral sex on another person” later that night, showing “her state of mind on that night and her capacity to consent mere hours earlier.”

Jane claimed that she blacked out after throwing up in Rossley’s fraternity house and only came to while he was having sex on top of her in his room. She pushed him off and went to another male’s house, where she kissed him. That witness said she was not “overly intoxicated.” Jane also text Rossley “Yeah I’m good thx babe” when he asked if she made it home safely.

Rossley, by contrast, claimed Jane suggested they go to his car when they returned to his house and his room was occupied. She performed oral sex on him there “before he blacked out,” and his next memory was Jane leaving his room. He didn’t have his usual back pain caused by sexual intercourse, leading him to think they didn’t have sex. His roommate didn’t hear them have sex either.

While Jane went to the hospital, she turned down a “forensic exam.” The investigator, former sexual violence prosecutor Mary Howell Sirna, didn’t obtain her medical record or underwear, which Jane claimed had blood on it.

Sirna concluded the evidence supported Jane’s story, citing witness testimony that Rossley said he “hook[ed] up” with her and had “wasted a condom” because he couldn’t ejaculate. Jane also said Rossley admitted to suffering from “alcohol-induced erectile dysfunction.”

At the hearing, however, Jane admitted that she had performed oral sex in the car because Rossley “wanted” it and she wanted him “to take her to her home.” 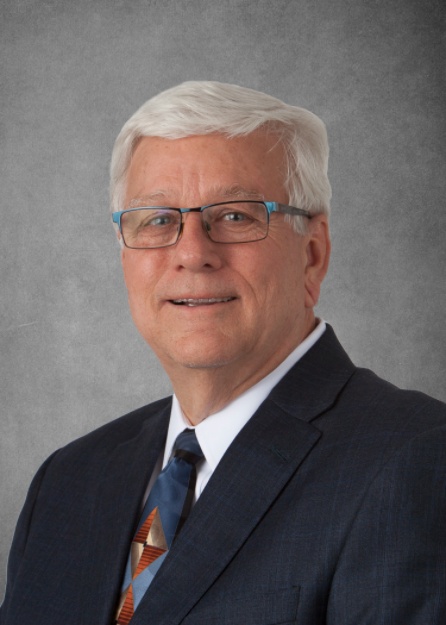 Foxhoven (right), the hearing officer, inexplicably concluded that Jane was not “conscious during the assault” – the sexual intercourse that Rossley said he didn’t remember – because she was “so intoxicated.” He took her word that the pain she experienced was the result of “vaginal sex,” while dismissing Rossley’s claim that he didn’t suffer his own telltale pain from intercourse.

The hearing officer instead found that Rossley was “clearly more in control of himself” than Jane was. He ignored Rossley’s claim that he didn’t give Jane his consent in the car, and recommended his expulsion – a month before his scheduled graduation.

Foxhoven was later fired as an agency chief by Iowa Gov. Kim Reynolds, apparently for repeatedly sharing his love of Tupac Shakur with subordinates.

But even under that lower threshold, the expelled student couldn’t keep his suit going. The opinion, written by Judge Roger Wollman, said there was “no genuine dispute of material fact whether being male was a motivating factor for Rossley’s expulsion from Drake.”

Various alleged violations by the university, including giving both Jane and the administration “separate time in the hearing” to argue against him and “Foxhoven’s reliance on Doe’s unverified statements” on sex-related pain, “are not reflective of gender bias,” the panel found. It doesn’t matter that they are “not equivalent to those provided in non-academic settings.”

While Rossley claimed the university reached conclusions “contrary to the weight of the evidence,” made possible in part by not interviewing relevant witnesses, its findings are not “so devoid of substantive content as to be unworthy of credence.”

The court admitted that Jane did not act incapacitated, even noting her “post-encounter thank-you reply,” but said the “substantial” evidence for her intoxication “greatly exceeded” that from a recent case where it sided with an accused student.

The panel also accepted investigator Sirna’s explanation that she didn’t interview certain witnesses because they might “be duplicative” of what she was already told. These are not “clear procedural irregularities” that would suggest gender bias.

Rossley’s problem is all the recent caselaw he cites – rulings against Purdue, Columbia and Cornell among others – revealed much stronger “procedural or substantive deficiencies,” including explicit anti-male language, the opinion says. Also unlike his case, which is much more developed, those rulings came “at the pleadings stage of the proceedings.”

No bias because of ‘gender-neutral language’ in Obama policy

Even if the university used a “victim-centered approach” based on unfounded scientific assumptions, as Rossley claimed, “we do not believe that it can fairly be found to be inherently gender-biased,” the panel found.

Responding to his finding that “all” students accused of sexual misconduct the year he was accused were male, the judges said it didn’t matter: “[E]ven assuming that all of the cases involved males, the data does not demonstrate gender bias.” They must consider “other non-biased reasons” and “alternative explanations” for this result.

The Obama administration’s “Dear Colleague” letter, which Rossley said induced universities to discriminate against males, uses “gender-neutral language” and cites data that “both men and women” are victims of campus sexual assault, the opinion says. That’s why it’s irrelevant whether the letter is factually wrong that one in five women on campus become victims of sexual assault.

When other courts have cited the campus pressure on universities to find accused students guilty, the pressure was either much stronger than in Rossley’s case or combined with other red flags, the panel found.

Finally, Rossley’s assumption that Drake would proactively offer him accommodations for his “word-retrieval” disability, ADHD and dyslexia, given the academic accommodations it had already offered him, does not mean the onus was on the university, the court ruled.

He claimed he made “legally sufficient requests … constructively” because he mentioned his academic accommodations during the hearing and his father Tom asked an official to accommodate him. Yet he “made no specific request, formal or informal,” as required, the opinion says.

Rossley also failed to explain “how each requested accommodation was necessary,” as caselaw requires, not even alleging “he could not participate effectively in the disciplinary proceedings without those accommodations.”