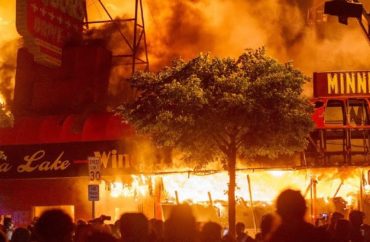 The self-identified “Black theological and religious intellectual thought-group of our time” does not want to defund the police.

It wants to sic law enforcement on the “accelerationist white supremacist individuals and organizations who are infiltrating” Black Lives Matter protests in the wake of George Floyd’s death at the hands of Minneapolis police.

More than 50 black deans, presidents and other faculty at schools of theology and departments of religion and African American studies signed a statement demanding a ban on military equipment in police activities and implementation of several police reform proposals.

They also demand “immediate clarification” from the FBI that it is not labeling Black Lives Matter as a “black identity extremist” movement. (FBI Director Christopher Wray told Congress a year ago that the bureau has phased out specific racial categories and replaced them with “racially motivated violent extremism.”)

The June 3 letter is not the only statement released by a progressive religious school since Floyd’s death. Last week the faculty at the Lutheran School of Theology at Chicago published a statement that lacks demands but compares “whiteness” to Satan’s temptation of Jesus in the New Testament.

Fewer than a third of the signatories on the June 3 statement are deans or presidents, despite the title on the letter.

The original 15 signatories feature six presidents and nine deans or vice presidents of academic affairs. The highest profile religion schools among those signatories may be the Howard University School of Divinity and Chicago Theological Seminary, which is affiliated with the University of Chicago.

Professors without administrative roles who signed come from schools including Michigan State, Yale Divinity School, Wake Forest School of Divinity, Baylor and Rutgers. Brittney Cooper of Rutgers (below) is known in conservative circles for her comments on race and the concept of time, certain black officials as “white supremacists in Blackface” and the racism inherent in COVID-19 reopening plans.

“Black people are three times more likely to be killed by officers than are White people,” the statement says, referring to a 2014 ProPublica analysis. (More recent Harvard research has found police are more likely to shoot white suspects than black suspects.)

“History has shown us that the rule of law is a luxury to white America and an ever moving goalpost for Black and Brown people. This must end,” it says. 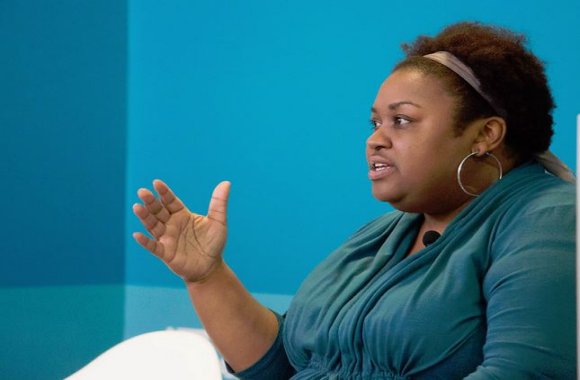 “Those of us who are committed to the Kin-dom [sic] of God … will not be silent while threats are continuously uttered by the highest political leadership in our country,” the statement continues, citing President Trump’s urging of governors to “dominate … arrest and try people” involved in violent protests following Floyd’s death.

“We deplore this rhetoric in the strongest terms and demand the White House administration cease and desist from such vile communications,” the statement says.

Rather than conducting “illegitimate surveillance of Black protestors,” the statement says, governments should instead investigate “those entities currently employed in highjacking [sic] a legitimate movement for change in the nature of policing in the United States”:

These entities include accelerationist white supremacist individuals and organizations who are infiltrating these protests with the express intent of inciting violence and, ultimately, a race war that they believe it is possible to win.

It’s doubtful white supremacists played much of a role in the violent protests, according to the Southern Poverty Law Center. “I have not seen any clear evidence that white supremacists or militiamen are masking up and going out to burn and loot,” research analyst Howard Graves told The New York Times.

Most of the demands involve public policy issues. The signatories demand the end of the so-called 1033 Program, in which Congress authorized the Department of Defense to “transfer defense material to federal, state and local law enforcement agencies.”

Police reform demands include revising police union contracts to clarify what constitutes “excessive force,” a ban on “no-knock warrants for drug-related arrests” and an end to policing around quality-of-life issues, widely known as broken-windows policing.

One demand is phrased more as a complaint than a specific call to action:

An end to the practice of aggressive police persons not receiving repercussions and prosecution when they cross the justice line and end the process of internal policing, powerful police unions, powerless civil arbitration boards, and ineffective external (non-police) review boards being used to release accused police persons from justice.

Officers should not be allowed to freely assert “that they feared for their life” in shooting racial minorities, the statement continues. It demands “[p]ressure on insurance companies” to refuse insurance coverage to departments whose policies lead to “high incidents of police brutality against racial minorities.”

One surprising omission from the demand list: an end to qualified immunity for police officers.

Advocacy groups across the political spectrum recently petitioned the Supreme Court to take up at least one case on the judicial doctrine that shields government officials from liability for illegal actions.

Avoid temptation to ‘worship whiteness as your savior’

The June 12 “theological statement” by the Lutheran School of Theology at Chicago, attributed to its faculty as a whole, does not make demands. Instead, it compares “whiteness” and “exploitative capitalism” to Satan’s temptations.

“As we endure this [coronavirus] pandemic, whiteness offers us temptations like those Satan offered Jesus in the wilderness,” such as that “bread will line the shelves of your grocery store” if one accepts that “many of God’s creatures are to be exploited that others may prosper.”

Another temptation is that protesters “will not dash their heads upon a baton” if they “place themselves at the mercy of the police.” A third:

If you will worship whiteness as your savior, we can fulfill this nation’s destiny—whether a return to a nostalgic time that never was, or a quest to extend the blessings of whiteness to all, regardless of their skin color.

People are also “heed[ing] the tempter’s call” if they accept “the exploitative capitalism that has left so many vulnerable during this pandemic, particularly our black and brown siblings,” or “cling to the promise that a white supremacist society can make room for all of God’s children.”

God is offering grace against “white people clinging to privilege that should not exist or people of color trusting our ability to navigate white-dominated institutions,” the statement says.

Citing the growing popularity of replacing the police with “restorative justice programs,” and the greater awareness of dangers faced by “black women and black LGBTQIA+ folx [sic],” the theology school faculty say they are “offered glimpses of the Kindom [sic].”

About the Author
Brianna Kraemer
College Fix contributor Brianna Kraemer is a student at the University of Colorado at Colorado Springs studying communication, political science, and Spanish. While studying in Spain she was a student blogger for the AIFS study abroad program. Her work has been published in The Scribe, and she participates in Turning Point USA.