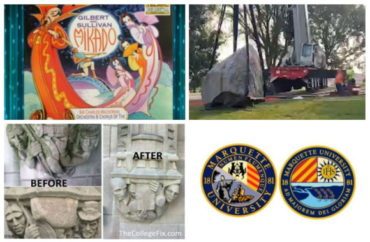 ANALYSIS: Campus officials happily acquiesce to the absurd demands of a handful of progressive campus crybullies and keyboard warriors

Over the past school year, cancel culture has destroyed professors’ careers, wiped campuses of the names and statues of their founding fathers, and banned conservative students from equal rights to the public square at their colleges and universities.

Campus cancel culture is no laughing matter. There have been 112 speakers, signs, statues and other targets completely canceled on campus during the last academic year, and another 74 attempted cancelations, according to The College Fix’s Campus Cancel Culture Database, which tracks such incidents.

That amounts to a total of 186 campus cancel culture incidents from June 1, 2021 to May 31, 2022. Put another way, there have been almost four campus cancel incidents per week over the past school year.

But while campus cancel culture remains a real and pressing concern, some incidents can easily leave Americans scratching their heads at the insane level administrators take to prove their bona fides to the left’s squeaky wheel.

Campus officials happily acquiesce to the absurd demands of a handful of progressive campus crybullies and keyboard warriors rather than do their jobs — which is to toughen students up and prepare them for the real world, in which their wishes and whims are not served up on silver platters.

Officials should remind their campuses that times and values change — but those who forget history are doomed to repeat it. But instead, they embrace Orwellian and Stalin-like tactics, erasing people and things from the past.

Here are the Top 10 most ridiculous examples of campus cancel culture during the last school year:

Retroactive cancelation: College apologizes for operetta it staged 11 years ago, deletes old photos of it

University drops sonnets because they are ‘products of white western culture’