Since the fall 2019 semester, The College Fix has partnered with College Pulse, a survey and analytics company focused on college students, to identify and track trends and beliefs among today’s college students.

The online polls asked students across the nation to weigh in on pressing matters such as free speech, politics, academic freedom, culture controversies, bias and much more.

These results have been cited by other major national news outlets nationwide and exposed some of the more troubling trends among young people today.

Below, all the survey questions and result summaries have been compiled.

“Columbus Day is a federal holiday in America. Should it be kept as is or replaced with Indigenous Peoples’ Day?”

Ahead of Constitution Day, most students want Supreme Court to give document modern interpretation

Sixty-nine percent replied “current times,” while 19 percent supported its original meaning. The rest said that they are not sure. When the results are broken down by political affiliation, a stark divide emerges. A whopping 86 percent of college students who identify as Democrat want Supreme Court nominees with a modern interpretation, while only 26 percent of students who identify as Republicans support it. Read more …

“With the current political climate, do you expect to self-censor yourself in class this semester so your

professors or peers don’t take offense at your ideas?”

“Do you support or oppose taking down public statues of U.S. Founding Fathers who owned slaves?”

“Do you support or oppose defunding the police (i.e. cutting police budgets to fund other community

resources)?” and “Are rioting and looting legitimate forms of protest against racial discrimination and police brutality in America today?”

“Over the last semester, have any of your professors or teaching assistants made negative comments about the following people or groups?”

The students were also asked about Republicans and Democrats.

One-third, or 33 percent, of students polled responded that they had a professor or TA who made negative comments about Republicans during the last semester, while in contrast only 15 percent of students responded that they’ve had a professor or TA make negative comments about Democrats during that same time period. Read more …

“Do you think you will become infected with coronavirus by the end of this year?”

“How has the quality of your education changed because your college or university moved its courses online due to the coronavirus?”

“Who has played more of a role in the global spread of coronavirus?” The choices were “President Trump,” “the Chinese government,” “both equally” and “neither/something else.”

The recent College Fix online survey asked 1,000 college students whether members of the opposite political party “are not just worse for politics — they are basically evil.” 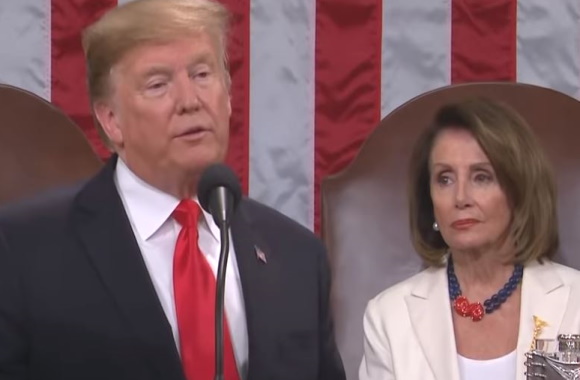 “Have any of your professors gone on a tangent criticizing President Donald Trump, even if the class they teach is not related to politics/government?”

Forty-six percent of the students replied “yes, they have,” while 54 percent responded “no, they have not.” Read more …

“Is it offensive to wish ‘Merry Christmas’ to a stranger?”

Overall, 12 percent responded they strongly favor it, and 15 percent favor it, for a total of 27 percent in favor of banning MAGA hats from their campus. When looking at the respondents by political affiliation, among students who identify as “strong Democrat,” 16 percent said they strongly favor banning the hats from campus, and 15 percent favor it. On the flip side, 42 percent oppose banning them, and 27 percent strongly oppose it. Read more …

“Have you ever withheld your political views in class for fear that your grades would suffer?”

“How proud are you to be an American: very proud, moderately proud, only a little proud, or not at all proud?”

Nearly half of college students believe ‘In God We Trust’ should be removed from U.S. currency

“Do you believe the motto ‘In God We Trust’ should remain on U.S. currency or should it be removed?”

MORE: Surveys say: The (Democratic) kids are not alright